Upon sharing the site online, I've received lots of positive feedback on the style and intrigue of the apps, which is pleasing to me because I strive to make apps that are entertaining and educational for experts and laypeople alike.

Now that I've gone through all the trouble of developing custom tools that streamline the app production process for myself, I think the next logical step is to make Polyphys.com more social by giving everyday users the means to create their own simulations using the tools that I've developed. The community that forms as a result will further enrich the user experience.

The main challenge of AppCreator is abstracting the format of a Polyphys app to a point sufficient for users to be able to create outside of what I can readily imagine. Ultimately, the best way to do this may be to allow users to create and share widgets that add functionality to the framework that I have built. I will leave this to a later addition, but I will still have to initially build AppCreator with such possible later additions in mind.

I foresee that it will be impossible that the end product will not require users to write at least some code (the meat of the simulation), so the 2nd biggest challenge of the project will be minimizing the amount of coding needed, but I will also ease this burden on the user by inventing a scripting language that is intuitive to use even for someone with no coding experience.

One of the easier aspects of the project will be the creation of a diagrammatic GUI editor that allows users to specify the layout of their app in a drag-and-drop sort of way. 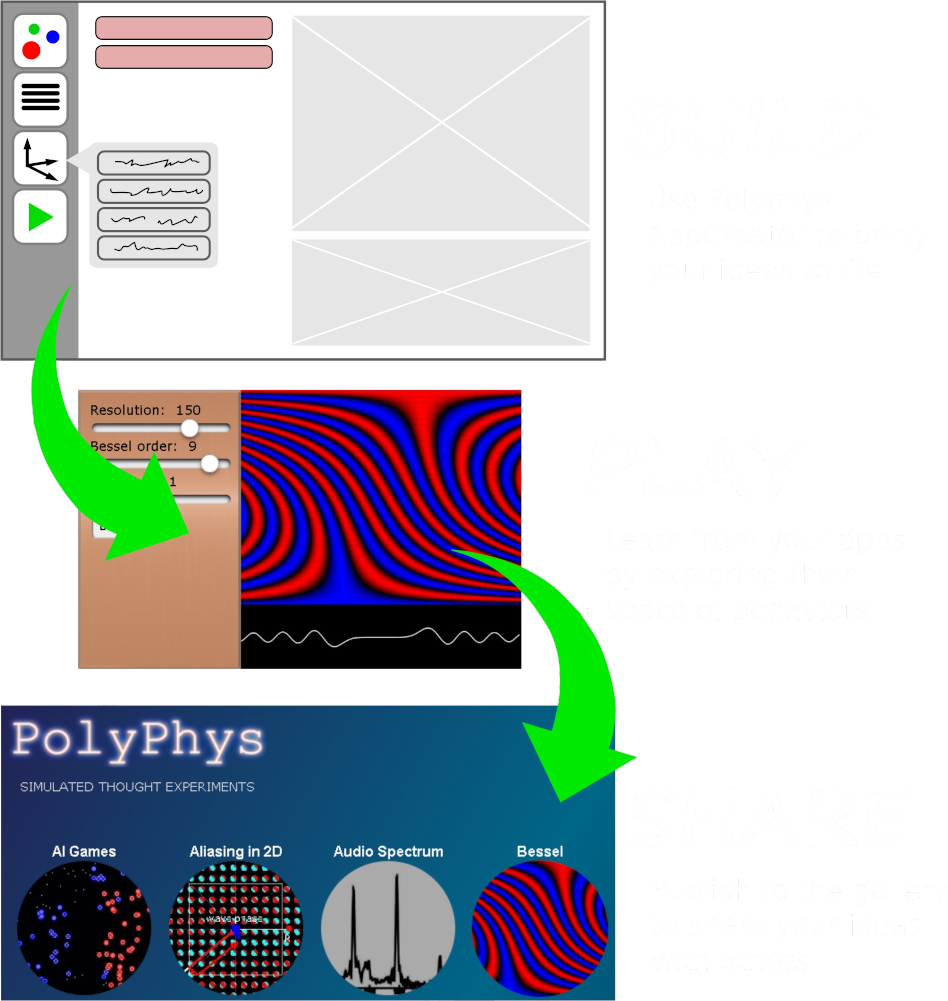